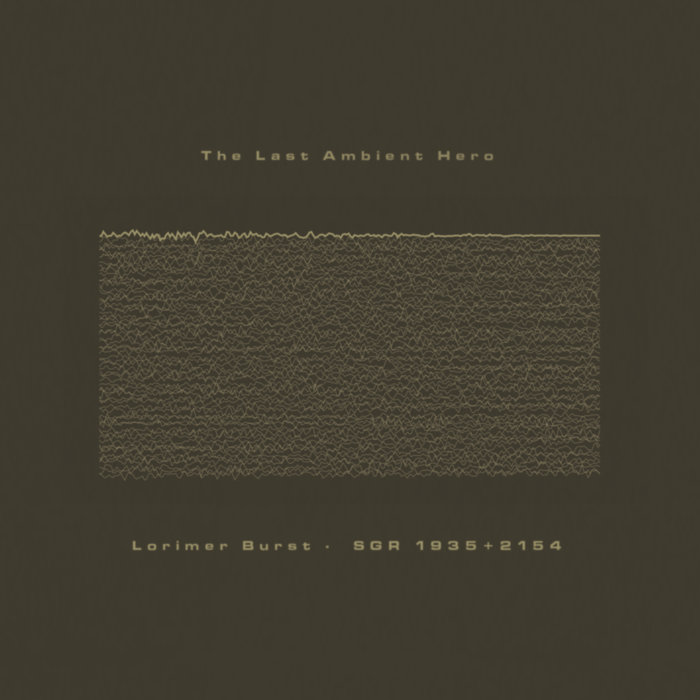 In radio astronomy, a fast radio burst (FRB) is a transient radio pulse of length ranging from a fraction of a millisecond to a few milliseconds, caused by some high-energy astrophysical process not yet understood.
Astronomers estimate the average FRB releases as much energy in a millisecond as the sun puts out in 3 days.

While extremely energetic at their source, the strength of the signal reaching Earth has been described as 1,000 times less than from a mobile phone on the Moon.

The first FRB was discovered by Duncan Lorimer and his student David Narkevic in 2007 when they were looking through archival pulsar survey data, and it is therefore commonly referred to as the Lorimer Burst.
Many FRBs have since been recorded, including several that have been detected to repeat in seemingly irregular ways.

Most FRBs are extragalactic, but the first Milky Way FRB was detected by the CHIME radio telescope in April 2020.
(from Wikipedia)

The cassette version contains an alternative version of 'Lorimer Burst' plus you will also receive the digital version.